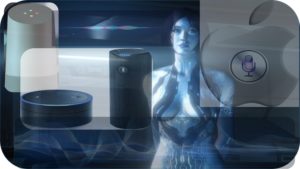 By now all have heard of the security risks involved with these devices.
Let’s think… How are they supposed to know ‘when’ to listen if they’re not listening all the time?

They are several ways security firms have shown to infiltrate these devices at several levels, some easier than others but all vulnerable, regardless of their industries attempt to display otherwise.  One of these simple hacks, and probably least talked about, I believe, is the attack named the ‘DolphinAttack’.  Very easy for someone to record a given command for your device that would normally be accepted by it. Then play it back at a sound frequency outside your hearing limits (for me they wouldn’t have far to go).

Do you think the microphones on those devices have the same hearing limits your ears do?

You may be thinking, ‘so what, they can play music or look something up on the web. Big deal.’  Certainly most of us would only think of using this ‘ability’ as a funny trick to play on a friend to have his devices playing music at inopportune times or something benign like that.  On the other hand we should realize that there aren’t any limits here.  What if your ‘friend’ isn’t so friendly and sends a text to your boss,,, with pictures?  Of course the command could be simpler, to just go to a website, After the person sending the command setup that website to download malware on your machine or your network.  Now how ‘Safe’ are you?  Feeling uncomfortable yet? I think you should be.  These examples don’t even scratch the surface of issues with this type of tech.   So how do we ‘fix’ this problem?

We welcome your suggestions and we’ll list some of ours as well.

This site uses Akismet to reduce spam. Learn how your comment data is processed.